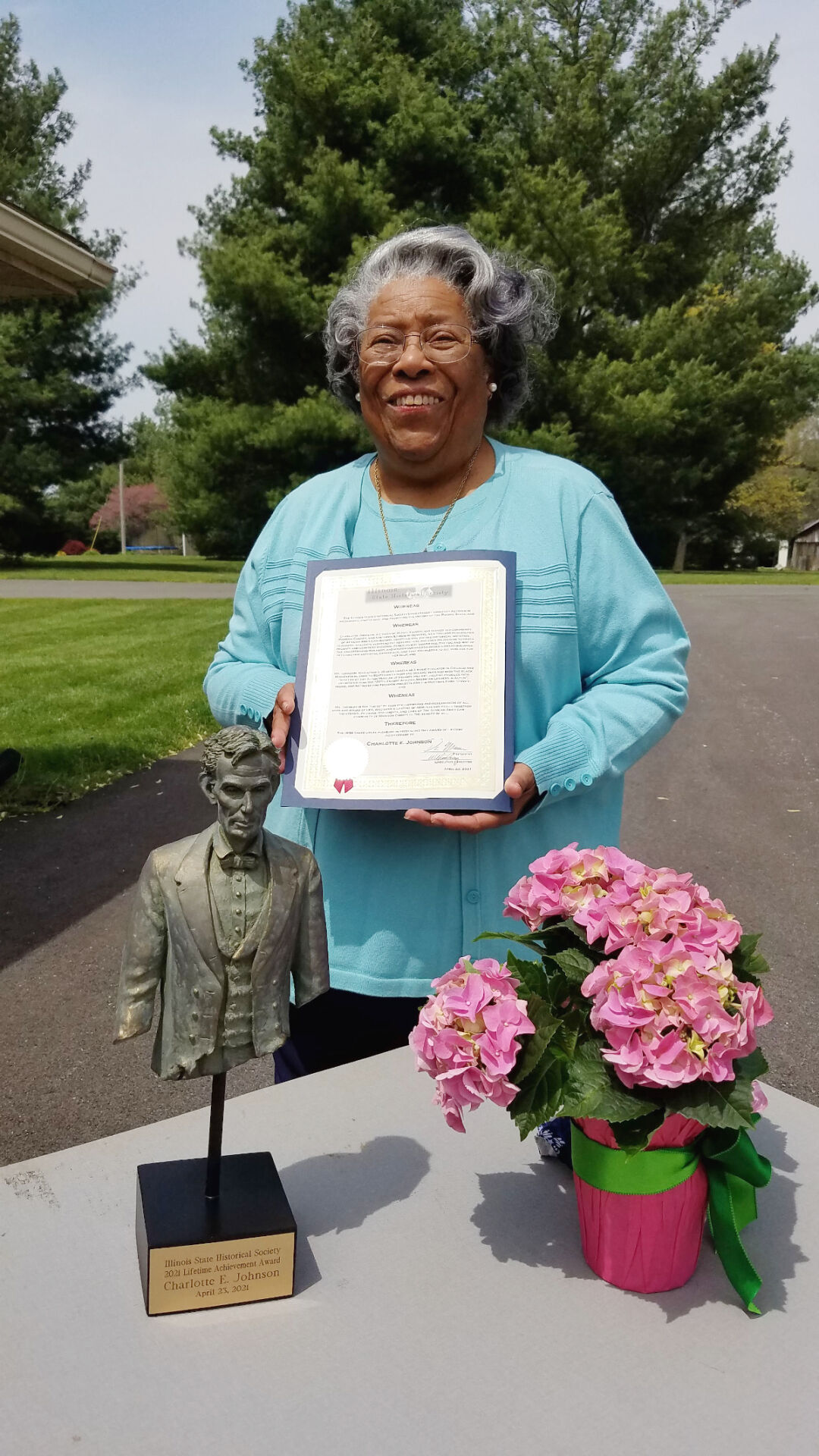 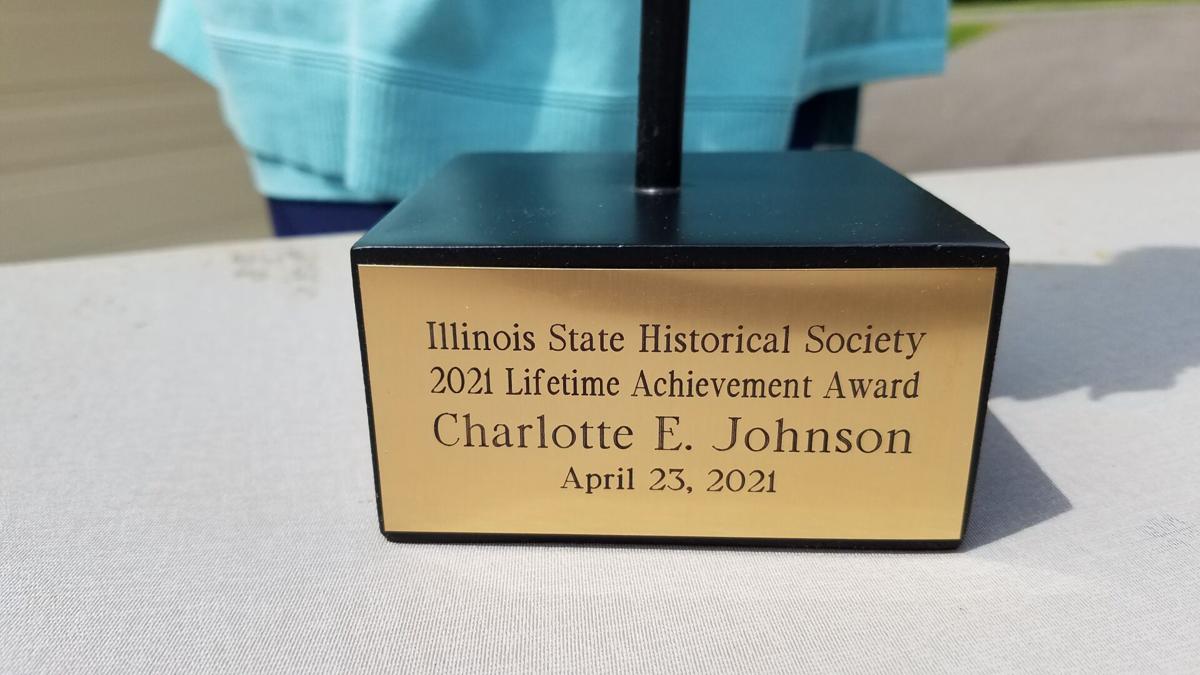 The award was presented via Zoom on April 23, with Illinois State Historical Society Director William Furry and Cindy Reinhardt of the Madison County Historical Society delivering the award to her home Tuesday. The historical society nominated Johnson for the award, which is given to individuals for sustained and varied contributions to state and local history.

In presenting the award, the state historical society stressed how Johnson has “cast her shadow across southwest central Illinois for nearly 50 years as a researcher, genealogist, historian, and teacher.” The society called her a virtual “encyclopedia of African American history.”

Although retired as an educator, Johnson continues to teach others about the history of African American families, especially throughout Illinois.

“Johnson is being recognized for her knowledge and expertise, but her reputation as a historical resource and her generosity as a researcher are hallmarks of the letters in support of her nomination,” Furry said.

In one of those letters, Allen Ringshausen of the Great Rivers Land Trust said he came to work with Johnson on the Rocky Fork Creek Network to Freedom Site several years ago. He readily admits that although he had experience in preservation and archeological research, he knew little about Black history.

“Charlotte changed all that,” he said. “Charlotte acted as teacher, mentor, and historian and guided Great Rivers Trust through the process of tracking the history of the Rocky Fork community. Her collection of historic photos, letters, notes, and articles is second only to the knowledge she carries in her mind. It is information she willingly shares with those around her.”

Similar sentiments were echoed by others who wrote letters of support of the nomination, including Dr. Dale Chapman and Dr. Linda Chapman, who worked with her and Curator Jim Price to build an extraordinary exhibit on the Rocky Fork Church at Lewis and Clark Community College in 2014.

“She is a skilled and knowledgeable historian, who has shared her expertise liberally, especially with members of the central and southern Illinois region," he said. "Her body of work is extensive. Her reputation in research is impeccable, and she is well-respected by her peers.”

Johnson, who grew up in Springfield, Ill., taught choral music in Chicago and Minneapolis before moving to Alton, where she became involved in the Black Pioneers of the Alton Museum of Art and History. An exhibit at the museum, 20th Century African American Leaders of Alton, led to her work with the Springfield Bicentennial Commission’s exhibit, If the Truth Be Told, and then to work with the National Park Service and its Underground Railroad Freedom Project, to name just a few of her many research subjects.

Johnson’s most recent project is a blog, written with her daughter, Reneé B. Johnson, telling the history of African Americans in southwestern Illinois. The blog can be found on the Great Rivers and Routes Tourism Bureau website.

Never one to rest on her laurels, Johnson continues to teach and explore the lessons of the past, while in many respects also living in history. Her home is on land that overlooks property that has been in the  Johnson family since 1845.