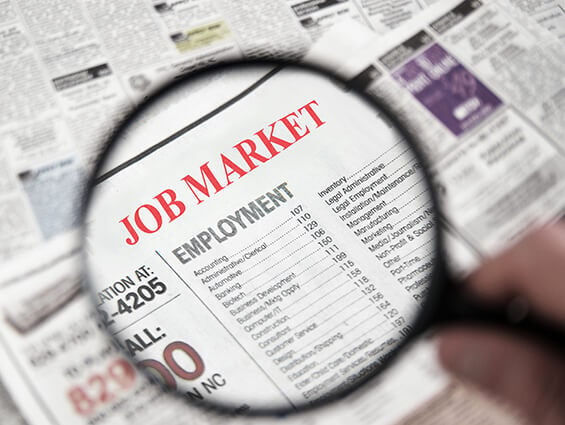 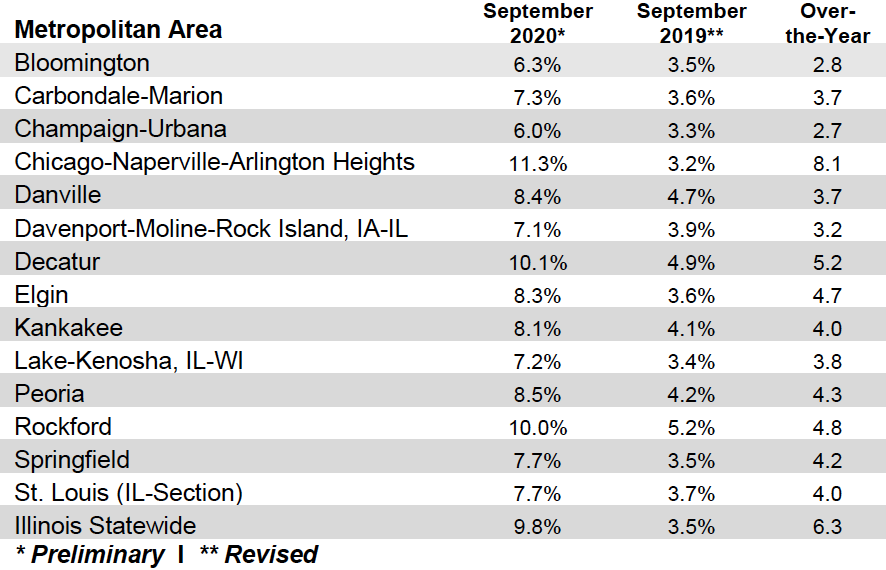 The number of nonfarm jobs decreased over-the-year in all 14 Illinois metropolitan areas in September, with four metro areas at record low payrolls for that month, according to preliminary data released by the U.S. Bureau of Labor Statistics and the Illinois Department of Employment Security.

The unemployment rate increased over-the-year in all metro areas and posted a record high for the month of September in one metro area. The official substate unemployment rate and nonfarm jobs series begins in 1990. Data reported prior to 1990 are not directly comparable because of updates in methodology.

"As Illinois continues to make necessary adjustments and work through the COVID-19 mitigation plan, the Pritzker administration remains committed to providing unemployment benefits as a means of economic relief to claimants who are still in need of the department's services," Deputy Gov. Dan Hynes said. "We take our role in this pandemic seriously, and will continue to work with IDES to support working families and provide employment training and services to those who seek it."